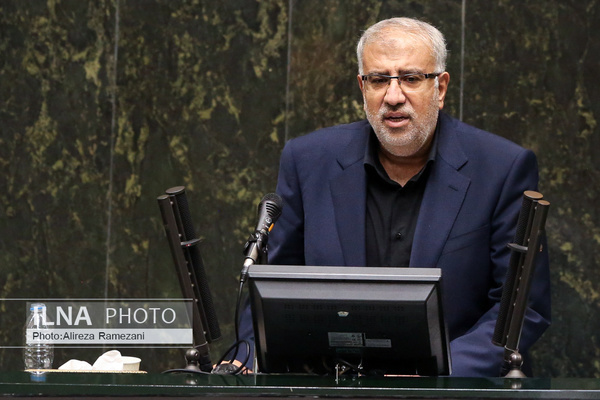 Addressing the first OPEC Plus meeting in Vienna since being named to the new post, Owji also touched on the US embargo against Venezuela, saying “the imposition of illegal and unilateral U.S .sanctions on the two founding members of OPEC is contrary to the principles and rules of international law”.

The U.S. imposed its most draconian sanctions on Iran three years ago with the express aim of bringing the country’s oil exports down to zero after Washington abandoned an international nuclear deal with Tehran.

No matter how hard it tried, the U.S. did not achieve its goal and Iran continued sending its oil to the market – though in reduced volumes – using innovative ways to bypass the illegal sanctions.

Owji promised that “good things will happen in terms of oil sales in the coming months”.

“After the tyrannical sanctions, oil sales dropped dramatically but this capacity exists in the Ministry of Petroleum and all departments to sell oil,” he added.

One of the ways is to swap oil for goods or investment, Owji said, adding the potential can also be used in other sectors and industries.

Owji said Iran will return to its pre-sanctions crude production level as soon as the US sanctions are removed. “We are against using oil as a political tool that would harm the oil market.”

Oil ministry officials have said a removal of the sanctions could bring back 3.8 million barrels per day of Iranian oil to the market over time. They are confident of the country’s ability to increase production quickly. One senior official said recently that most output could be restored within a month.

On Wednesday, the Organization of the Petroleum Exporting Countries and allies, a group known as OPEC+, decided to stick to a policy from July of phasing out record output cuts by adding 400,000 barrels per day (bpd) a month to the market. Owji said Iran backs the decision.

Owji also touched on his ministry’s priority to combat corruption, saying efficient and capable forces have already been identified for the purpose.

“The bottlenecks, including with regard to contracts, transfer to contractors and purchase of goods, have been correctly identified,” he said.

Owji also said his ministry will focus its support on domestic manufacturers and knowledge-based companies to move towards reducing costs by strengthening domestic potentials.

Meanwhile later on Wednesday, speaking in a televised interview, the Iranian Oil Minister said bartering oil with goods and investment were some methods the country could resort to in order to trade its crude oil under the sanctions.

Regarding the 13th administration’s plans to sell crude oil and circumvent the sanctions, he said: “With the capacity that exists in the Ministry of Petroleum and its subsidiaries, capable and specialized forces, as well as the will to sell oil and use the power of all foreign capacities and devices and given the handy permits and authority given to the Minister by the Supreme National Security Council, along with the support of the administration, we undoubtedly promise with good planning and strong will that, God willing, good things will happen in the field of oil sales in the coming months.”

The official added: “Although the sale of our oil has decreased significantly after the oppressive sanctions, there exists this power and capacity in the Ministry of Petroleum and one of the ways is to barter oil with goods and investment not only in the oil sector but also in other sectors and industries.”

The Oil Minister continued: “In order to maintain the current level of production, experts predicted an investment of at least $15 billion, and to increase production and operationalization of new joint fields and their development and completion in four years, about 25 to 20 billion of capital is needed.”