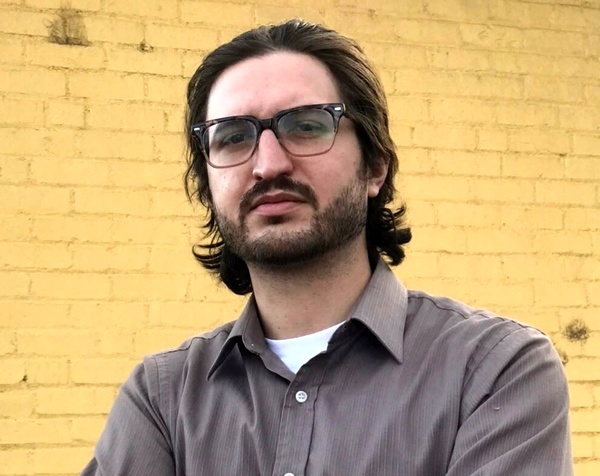 Universality does not simply mean empowering NATO — especially the fantasy of a NATO somehow not dominated by United States influence.

Anthony Ballas teaches writing and rhetoric at the University of Colorado at Denver. His research explores race, racism, class politics, and internationalism in world literature, architecture, music, and global cinema. He is currently editing two collections: one on cinema and liberation theology, and another on the global rise of the far-right.

Below is the ILNA's interview with this authoritative thinker and writer about the results of the recent Colombian presidential election:

ILNA: Gustavo Petro, former fighter in the M-19 militia, beat populist business tycoon and fellow political outsider Rodolfo Hernández in a runoff on June 19th. What is the significance of this victory?

The significance is real. The election results have a multi-pronged significance in fact; not only has Colombia elected the first leftist president in its nation’s history, but Petro also received the most votes in history, beating his own record when he was elected mayor of Bogotá a few years back. It is not insignificant either that his running mate Francia Márquez is the first Black woman to hold the vice presidency in Colombia. Compare Marquez’s election to that of Kamala Harris in the United States. Harris is also the first Black woman to occupy the vice presidency. Both are lawyers. And that’s where the similarities most likely will end. Marquez is a former domestic servant, an eco-feminist; Harris, a career prosecutor, serving as a district attorney in the “Golden State”  of California of all places — the “Golden Gulag” as Ruth Wilson Gilmore dubbed it. The significance of these things should be evident.

It is curious too that Hernández conceded without putting up a fight, even though there were reports of “voter fraud narratives” being floated around I was told — something the western hemisphere is now unfortunately used to thanks to US republicans. Hernández has been compared to Trump, much like Jair Bolsonaro of Brazil. But perhaps he was afraid of what happened to the religious fanatic-cum-terrorist Jeanine Áñez only two weeks ago in Bolivia, who was found guilty and sentenced to 10 years in prison for orchestrating the 2019 coup against Evo Morales. If only Trump would heed this lesson, but it’s far too late for that.

It’s significant too that we saw a leftist advance in France on the same day. Although Macron’s failure to hold the center resulted in massive gains for the fascist Marine Le Pen, NUPES also saw significant gains. We should also not forget that Juneteenth (June 19th) is a day of utmost significance for Black Americans, marking the day news of the abolition of slavery made it to Texas in 1865 (two years after Lincoln gave the emancipation proclamation). Marquez’s victory may perhaps be enhanced by this fact, at least symbolically. June 19th, 2022 marks a curious confluence of events. Let’s hope the significance of this day only grows more potent in years to come.

Petro and Marquez’s victory also bodes well for the upcoming elections in Brazil, where it is hoped that Lula da Silva will unseat the far-right Bolsonaro. Yes, there is much significance here.

ILNA: Are we witnessing the rise to power of what can be considered, to use Badiou terminology, the radical politics of militants, namely a transformative figure at the front line of emancipatory politics?

It’s difficult to say whether we are seeing a rise in this kind of power in the 21st century or not. I hope we are, of course. Our planet is in dire need of these kinds of figures. It would even seem that our planet in fact depends on them at this point.

A former guerrilla fighter and a Black ecofeminist occupying the highest political seats in the government does seem to indicate a shift in this direction, especially in Colombia, which has never seen a duo of this kind of political makeup. But we should also keep in mind that some militants in Colombia refuse to capitulate to these kinds of parliamentary gains, I’m speaking of the ELN, those who split off after FARCS was more or less disbanded (disarmed really).

Was Sanders a transformative figure? Is AOC? Mélenchon? In many ways, yes I’d say so. Any figure who grates up against dangerous extremism, as well as milquetoast centrism like these figures do, are to be taken seriously, and of course, supported. Especially today when the stakes are so high at a global level — I’m referring to climate catastrophe and the rise of fascism. Petro’s victory has already provoked Ron DeSantis of Florida to comment on how “troubled” he was by the election of a “narco-terrorist Marxist” like Petro. This was a ridiculous diatribe from a doltish right-winger, and the sentiment was actually (and tellingly) shared by many Florida democrats as well — a hellish coalition if there ever was one. Anyone who troubles DeSantis to this extent is probably more transformative than otherwise.

Latin America has numerous other examples: Pedro Castillo, Xiomara Castro, Luis Arce. Compare these figures to Bolsonaro, to Áñez, or to the Bitcoin-frenzied president of El Salvador, Nayib Bukele who has been accused of a lot of political backtracking since he took office — and bitcoin itself being at the forefront of right-wing finance should raise some eyebrows as well. Lula da Silva is a transformative figure, and I certainly hope we see another Lula victory this October.

The “marea rosa 2.0,” if I can call it that, is more focused on social justice initiatives, green economy, Indigenous rights, progressive feminist policy-making, and so on. The transformation we are seeing now seems both reparative and emancipatory; Petro has discussed mending relations with Venezuela, continuing peace talks with FARCS, upholding land rights and the Havana Peace Accords, which were shot down by Iván Duque. These steps may not be the kind of “radical” transformations some have in mind — they are certainly not according to the ELN. But there is a political realism at the heart of Petro and Marquez’s program that should be considered transformative. The dedication to climate change, to honor land rights, etc., these are crucial, especially when juxtaposed with the party programs in the United States (on both sides of the aisle) and the European far-right, and the other right-wing clowns I just mentioned earlier.

ILNA: Colombia is facing a new era today, especially for those who Vice President-elect Francia Marquez calls the “nobodies”: women, Indigenous communities, Afro-Colombians, working-class, disabled people and all the others who have been “part of no part”. Can this victory be seen as a short-circuit between the universality of the "public use of reason" and the universality of the "part of no-part”?

I think the short circuit may be between the left and itself in this case. Take Žižek’s recent piece in the Guardian, where he claimed that full support for Ukraine marks the universalist position on the left. Does this mean that the 35 countries, many of whom are from the African continent, that abstained from the vote to renounce the Russian invasion at the United Nations are enemies of universality? Even if Ukrainians are fighting for the freedom of the Russian people as Žižek claims, who is fighting for freedom in Global South? Who is fighting against US drone strikes in Somalia, contemporaneous with the onset of the Ukraine conflict in February? Keep in mind as well the treatment of African students at the Ukraine-Poland border at the end of February, days after the invasion. Is this exemplary of a kind of universality? I doubt it. As a friend of mine recently put it, Habermas could have written the same article. Universality does not simply mean empowering NATO — especially the fantasy of a NATO somehow not dominated by United States influence.

Petro and Marquez are attempting to turn the dial toward justice with regard to Indigenous rights, land rights, and the legacies of anti-black and anti-indigenous racism in the western hemisphere and globally; femicide, the assassination of eco-activists — of which Colombia has seen the greatest number in Latin America. The ecological cause is clearly universalist.

Well, that is the hope. Predictions are a tricky business, especially this early on. Certainly, left-leaning governments are more malleable, and can be pushed in more emancipatory directions than their right-wing counterparts, the latter, of course, being perhaps more dangerous today than ever before. With that said, however, we are already seeing figures like Gabriel Boric face some difficulties with regard to his approval rating, and this is probably not unwarranted. Boric did what some thought was unthinkable, namely seem to do a 180-degree turn on his support for land rights movements, deploying the military to confront Mapuche land defenders in Southern Chile. This action definitely seems like a fracture in the social democratic edifice of his campaign, his slogans, ideas, and so forth. Nothing political is monolithic.

It may be an uphill battle for Petro and Marquez, given they hold a parliamentary minority — but when has left governance ever been a cakewalk? The duo have already begun seeking to build internal coalitions, and, of course, international partnerships. It would be too cynical to call this a trap I’d say. Let’s have more confidence in this phase of marea rosa, and the Colombian elections and forthcoming Brazilian elections portend rich opportunities to do so.