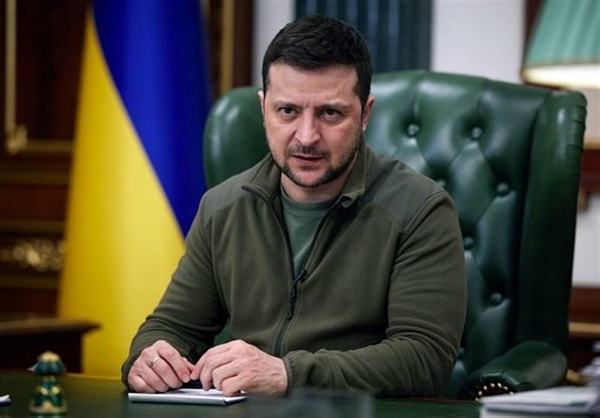 Ukrainian President Volodymyr Zelensky said he is ready to talk with his Russian counterpart Vladimir Putin, so long as there are "no ultimatums" and Russians leave Ukraine's territory.

"The issue of negotiations gets complicated every day because every day the Russians occupy villages and kill people," Zelensky said in the interview with RAI, Italy's state TV, according to a translation.

He also addressed the urgent need to evacuate the wounded from the Azovstal steel plant in Mariupol.

"We are ready to make an exchange with the Russians to save the living and take our dead out of Azovstal," Zelensky said. "The civilians have already been evacuated, now the wounded remain, we do not want to leave them there."

The interview, aired on Thursday night on RAI in Italy, also addresses Zelensky's refusal to grant autonomy to the Donbas and Crimea. Russia is now concentrating its forces in the Donbas and southern Ukraine, Newsweek reported.

Zelensky said "there is nothing left" in the Donbas. "We will never recognize autonomy."

"I have never talked about recognizing the independence of Crimea, we will never recognize it as part of Russia," he said.