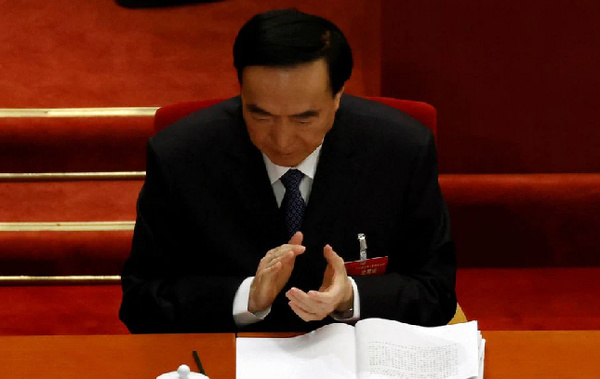 China has replaced the Communist party official widely associated with a security crackdown targeting ethnic Uyghurs and other Muslims in the far-west region of Xinjiang.

The state-owned Xinhua news agency said in a brief announcement on Saturday that Ma Xingrui, the governor of the coastal economic powerhouse Guangdong province since 2017, had replaced Chen Quanguo as the Xinjiang party chief. Chen will move to another role.

The change came amid a wider reshuffle ahead of next year’s 20th party congress, scheduled for the autumn. It is not clear whether the move signals a rethink in China’s overall approach to Xinjiang. Beijing would be sensitive to any interpretation that it was bowing to international pressure.

Some Chinese observers have noted Chen may be promoted further during the party congress. Others say his replacement, Ma, may focus more on the region’s economic development.

Chen, 66, was appointed party secretary of Xinjiang in 2016. He is one of the 25 members of China’s politburo and was placed on a sanctions list last year by the US.

On Thursday, Joe Biden signed into law a ban on imports from Xinjiang over Washington’s concerns about forced labour. Beijing condemned the move.

Rights groups and the United Nations say about 1 million Uyghurs and other Muslims have been detained in re-education camps in Xinjiang in the name of combating religious extremism and terrorism.

Since 2017, Beijing’s policy in the province has faced fierce criticism from abroad. Some western lawmakers and parliamentarians have described China’s treatment of the Uyghurs as genocidal – a charge Beijing denies. There have also been calls for a boycott of the Beijing Winter Olympics in February.

Chen’s replacement, 62-year-old Ma, has a background in the aerospace industry. Before becoming governor of Guangdong he served as the party boss in Shenzhen from 2015.