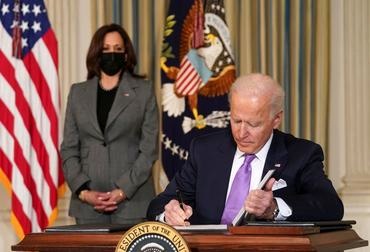 US president has extended US National Emergency executive order on Syria for another year, according to the White House.

"The situation in and in relation to Syria, and in particular the actions by the Government of Turkey to conduct a military offensive into northeast Syria, undermines the campaign to defeat the ISIS, endangers civilians, and further threatens to undermine the peace, security, and stability in the region, and continues to pose an unusual and extraordinary threat to the national security and foreign policy of the United States," Joe Biden said in a statement on Thursday.

Meanwhile, in a statement on Sunday, the Syrian and Russian Coordination Committees for Returning Displaced Syrians, a joint Russo-Syrian body responsible for facilitating the return of the Syrian refugees, called the United States and its allies' illegal presence in Syria as the main obstacle in the way of restoration of normal life in the Arab county.