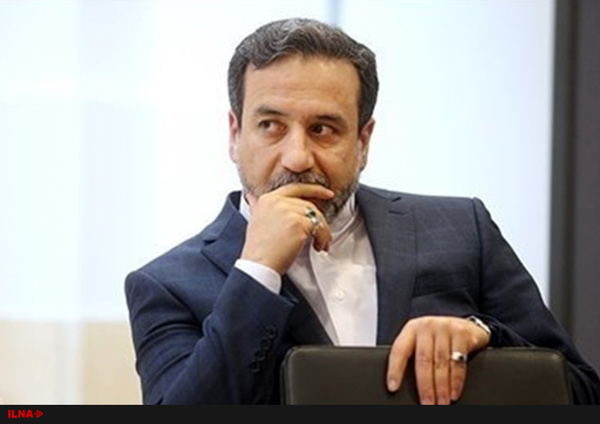 In an interview with Euronews, Araqchi said that the nuclear deal known as the Joint Comprehensive Plan of Action (JCPOA) cannot go shoulder to shoulder with sanctions. 'Most of the Iranian people do not trust Europe and so Europeans should make more efforts to win this people's trust. Iranians say the US withdrawal from the JCPOA is just a game of bad and good cops with Europe playing the role of the good cop.'

'There should be a banking link between us and Europe and it rests with the Europeans to find a suitable channel,' the Iranian deputy foreign minister reiterated.

Araqchi said Iran is ready to help Europe find a suitable solution and with the package it is going to offer for preservation of the JCPOA.

The member of Iran's nuclear negotiating team said there is no positive prospect for continuation of negotiations with Europe but as Iran has made many sacrifices to preserve the JCPOA , Europe should follow suit.

'Iran is running out of its patience and there is a possibility for the country to leave the deal in coming weeks. I cannot say that the prospect for Iran-Europe talks is clear or it can lead us to achieving a joint package for preservation of the deal. we are still waiting and hoping that Europe's proposed package can satisfy Iran to stay in the deal,' Araqchi said.

On May 8, US President Donald Trump pull his country out of the JCPOA and vowed to re-impose sanctions on Iran.

Russia, China and other members of G5+1 have criticized the United States for its unilateral withdrawal from the deal and announced they would remain in the deal.