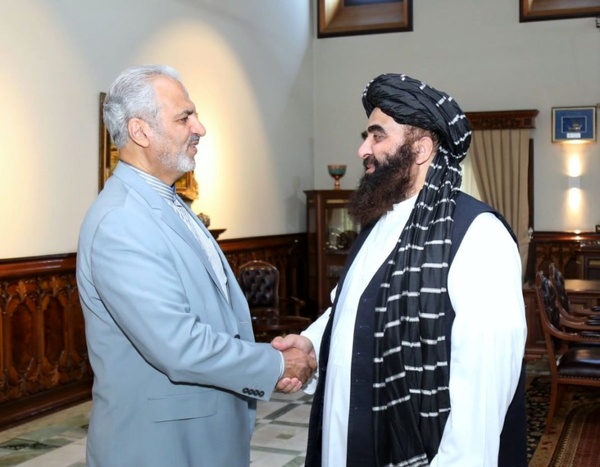 Afghanistan’s acting foreign minister calls for the expansion of economic ties with Iran.

Amir Khan Mottaqi made the demand during a meeting with Alireza Bigdeli, Consular Deputy of Iran’s Foreign Ministry, and Bahador Aminian, Iranian Ambassador to Kabul.

He stressed that to create economic integration at the regional level and boost trade, Iran and Afghanistan must take necessary measures to expand transit and transportation and reduce costs.

The Iranian Embassy in Kabul said on Twitter said that Bigdeli has traveled to Kabul for talks over ways of expanding consular cooperation, tackling illegal entry into Iran by Afghans, boosting border security, and issuing visas for Afghan nationals to travel to Karbala, Iraq to participate in the Arbaeen ceremonies.