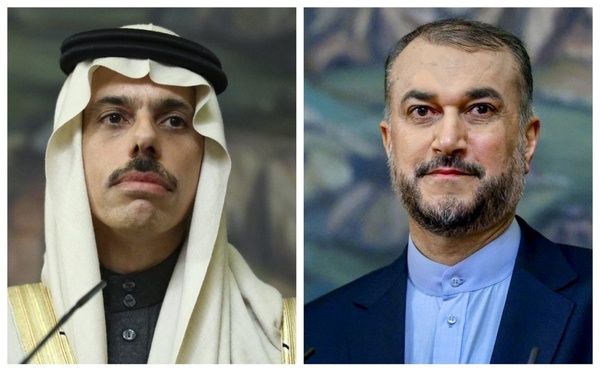 A member of the Iranian Parliament’s National Security and Foreign Policy Commission has said Iran’s Foreign Minister Hossein Amir Abdolalhian and his Saudi counterpart Faisal bin Farhan will meet in Iraq in the near future.

Karimi Ghoddusi said Tehran and Riyadh have reached a preliminary agreement over the meeting.

He added the reopening of embassies, and bilateral and regional issues, most notably the Yemen crisis, will top the agenda of the talks between Amir Abdollahian and bin Farhan.

Iran and Saudi Arabia have held several rounds of talks to normalize their relations. Iraq has mediated the negotiations.

Tehran and Riyadh cut off ties in 2016 after Iranians held a protest outside the Saudi embassy in Tehran to condemn the execution of Shia Muslim cleric Sheikh Nimr al-Nimr inside the kingdom.

The two countries also have differences on a range of other issues. Saudi Arabia accuses Iran of providing military support to Yemen’s Houthi Ansarullah movement, which brought about the collapse of a Riyadh-friendly government in Sana’a in 2014.

Riyadh is also an opponent of Iran’s nuclear program.

The two are also divided over the Saudi-led war on Yemen and Riyadh’s regional role including its support of militants that tried to topple the Syrian government for nearly a decade after their insurgency began in Syria in 2011.