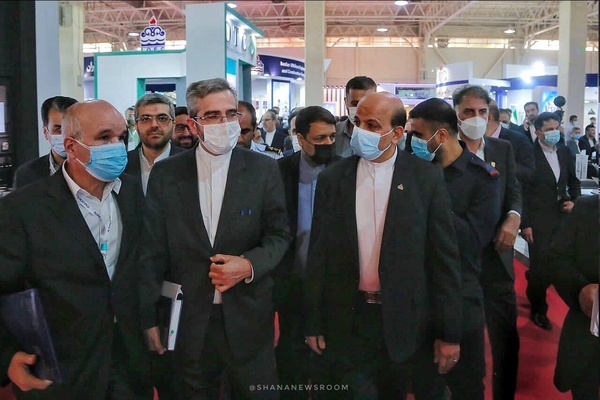 The Islamic Republic of Iran is serious in talks on the removal of the sanctions and in implementation of international commitments; meanwhile, the country is determined to distrust the enemy and be independent of foreigners in order to keep safe from the sanctions, Iran’s deputy foreign minister for political affairs Ali Bagheri Kani said here on Sunday.

Bagheri made the remarks during his visit to Iran Oil Show 2022 underway in Tehran.

Bagheri, who is also Iran’s top negotiator in Vienna talks, believes that sustainability in the removal of the sanctions needs promotion and preservation of capacities for foiling the sanctions.

Today, the countries under the sanctions are after acquiring sanction-thwarting knowledge from Iran, he underlined.

He went on to say that scholars’ and industrialists’ capability to foil the sanctions will not only increase the power of diplomacy but also upgrade deterrent power to stand against the unjust sanctions.

In a related development, Iranian President Ebrahim Raisi said once that Iran is after the removal of the sanctions; meanwhile, the country should not be dependent on the Vienna talks.