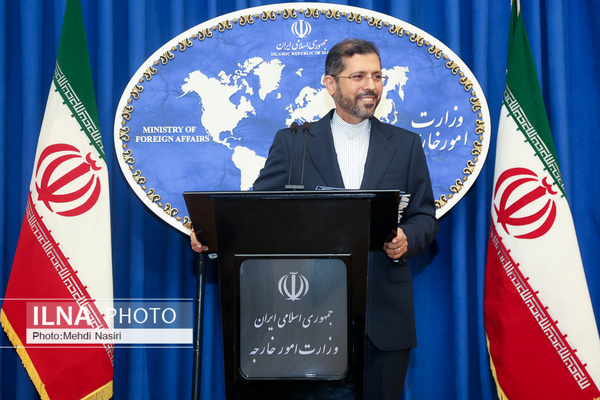 Iran’s foreign ministry reiterated Monday that its negotiating team will attend the Vienna nuclear talks “with serious determination” to remove US sanctions.

Saeed Khatibzadeh in his weekly press briefing told reporters that Iran expects others also to attend the talks with “a serious will” to reach “a comprehensive and practical agreement.”

Talks aimed at restoring Iran’s 2015 nuclear deal (JCPOA) between Iran and world powers will resume next week in Vienna after a five-month.

Former President Donald Trump abandoned the JCPOA in 2018 and imposed fresh sanctions on Iran, which retaliated by increasing uranium enrichment and reducing international monitoring by the UN nuclear watchdog, the IAEA.

The foreign ministry spokesman refused to comment about recent media reports that the Biden Administration is entertaining the idea of an ‘interim agreement’ with Iran over the nuclear issue that would likely involve freeing some of Tehran’s frozen funds in exchange for limits on its uranium enrichment.

"I would not comment on “vague speculations in the media."

Khatibzadeh also confirmed that IAEA chief Rafael Grossi will arrive in Tehran Monday night to resolve “technical issues” and urged the international agency to stay out of politics, while saying that recent limitations on IAEA’s activities are because other countries have not condemned Israeli attacks on Iran’s nuclear facilities.

Asking to question about recent US statements that if the Vienna nuclear talks fail, the Biden Administration would be ready to resort to “other options”, he said that we have seen all the options they have and the results in Afghanistan. We don’t think they really believe what they are saying.