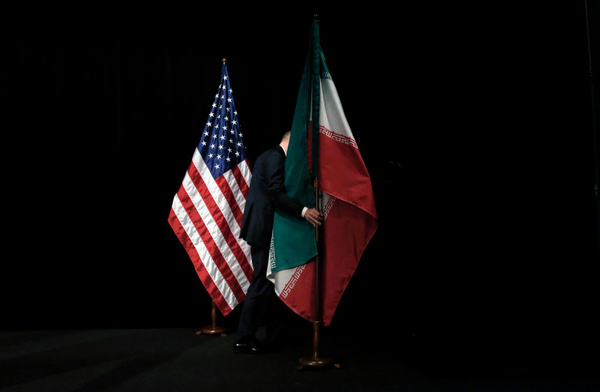 Iran has agreed to recommence negotiations aimed at the US rejoining and fully restoring the Iran nuclear deal (the Joint Comprehensive Plan of Action, or JCPOA) in Vienna on 29 November. But it hasn’t discounted the possibility that the talks may fail, that if the US rejoins effective sanctions relief may not apply in practice, and that a future US administration might dishonour or withdraw from the agreement and reimpose sanctions.

Iran and the US have a common interest in the US rejoining the agreement, but their motives differ. Iran wants the US to lift all the JCPOA-related trade and financial sanctions that former president Donald Trump imposed when he withdrew from the agreement in 2018. Complete removal of these sanctions would enable the desperately needed resuscitation of Iran’s impoverished economy.

The US wants to ensure that Iran does not and cannot develop a nuclear-weapons capability. Washington has also sought to modify the agreement by including limitations on Iran’s missile development and constraints on its ‘malign regional behaviour’. Iran has rejected these additional inclusions and dismissed any quick-fix compromise.

Iran doesn’t trust the US, now and into the future. It claims that, even if the US does rejoin the agreement and remove the Trump-era sanctions, it could continue imposing non-JCPOA-related measures that have had, and would continue to have, the same or similar effect.

Tehran is also concerned about who will replace Joe Biden in 2024. It sees him as a one-term president. A Democrat replacement might continue to honour the agreement, but a Republican probably wouldn’t, especially if it was Trump or a close colleague of his such as former secretary of state Mike Pompeo. Trump and Pompeo hold similar views about Iran and when in office both were committed to ‘regime change’. Iran wants an amendment to the JCPOA that prohibits any unilateral withdrawal from the agreement, but it might not get it, especially if any other signatory isn’t supportive.

Governments and businesses in Europe are aware of these concerns, which will continue to be a major constraint on their willingness to engage in trade and investment with Iran.

The governments of Hassan Rouhani and his successor, Ebrahim Raisi, have restated Iran’s commitment to return to full compliance with the agreement’s provisions on uranium enrichment and holdings, if the JCPOA is fully restored. Iran broke with its compliance commitments in 2019, a year after the US withdrew, as a tactic to pressure the US to rejoin.

However, the International Atomic Energy Agency was still able to continuously monitor enrichment levels until June this year, when Iran blocked access to its remote monitoring equipment. The readings at that time indicated Iranian enrichment of uranium metal to 20% and uranium-235 to 60%, causing the IAEA and its board of governors to flag serious concerns. It was only a short step from 60% to 90%—the breakout point for weapons-grade uranium.

In response to the IAEA’s concerns, on 12 September Iran agreed to reinstate monitoring at most facilities, but has withheld full access until the US rejoins. The absence of fully effective IAEA monitoring is high risk, especially if Iran continues to increase the level of uranium-235 enrichment. Besides the adverse impact of this on other signatories, Iran could also cross the threshold of potential Israeli (and other) military intervention.

The likelihood of progress at this month’s round of JCPOA talks is uncertain. The unknowns include whether the US will still insist on, defer or abandon concessions on Iranian missiles and its regional activities. Also unknown is whether the new Raisi government will pick up where negotiations left off in June or seek to revisit past proceedings. Progress will depend on what demands the parties do, and don’t, bring to the table.

While regional affairs are a continuing priority for Iran, given the uncertainties surrounding relations with Europe, Raisi has prioritised the continuing diversification of Iran’s political, economic and strategic interests to include ‘Eurasia’.

Two major recent developments have been the Iran–China Comprehensive Strategic Partnership signed in Tehran in March and Iran’s admission as a full member of the Shanghai Cooperation Organisation in September. Other SCO members include Russia, China, India, Pakistan and most Central Asian republics. The SCO is the world’s largest political, economic and security ‘alliance’, comprising more than 40% of the world’s population and 20% of global GDP. Besides the diplomatic kudos, full SCO membership offers Iran the potential to further expand trade into important and growing markets.

As US sanctions also apply to trade with all SCO members, their lifting is as important for European countries. However, Iran now has a wider range of optional trading methods with some SCO members, which could lessen the impact of some sanctions.

There are, as yet, few indicators as to any substantive changes by the Raisi government to Iran’s regional policies. However, two recent initiatives are notable. The more productive was a meeting of foreign ministers of Afghanistan’s neighbours (Iran, China, Pakistan, Tajikistan, Uzbekistan and Turkmenistan) and Russia hosted by Tehran last month. The joint ministerial statement issued following the meeting covered all the necessities for building a stable Afghanistan. Iran has direct security interests in an inclusive, stable government in Afghanistan that protects the rights of ethnic and religious minorities (Hazara and Shia), curbs refugee flows, and contains terrorism and narcotics trafficking. Iran has extensive influence in western Afghanistan, and to a lesser extent in northern Afghanistan, and can be expected to exercise that influence to protect its security interests, and to coordinate doing so with the ‘the Stans’ and Russia especially.

The other was an initiative by Iraq in late August to host talks and facilitate rapprochement between Iran and Saudi Arabia. Iraq proposed Iran–Saudi cooperation to end the war in Yemen as a catalyst. Unfortunately, the talks stalled, at least temporarily. While both countries appear keen to lessen bilateral and regional tensions between their respective areas of influence, significant progress may be dependent on the outcome of the JCPOA negotiations, and any related adjustments to US regional commitments.

Three recent developments in US relations with the region—Washington’s approval on 4 November of a US$650 million sale of air-to-air missiles to Saudi Arabia ‘to counter current and future threats’, the State Department’s announcement on 6 November that the US commitment to ‘our Iraqi partners is unshakeable’, and the commencement on 10 November of the first-ever joint naval training exercises between the US, the United Arab Emirates, Bahrain and Israel to enhance ‘regional security and stability’—suggest no change to the US strategic commitment to its Middle East allies in the foreseeable future.

In the next few months at least, progress or otherwise between Iran and the US on the nuclear agreement could indicate the likely course of the Raisi government’s regional policies.