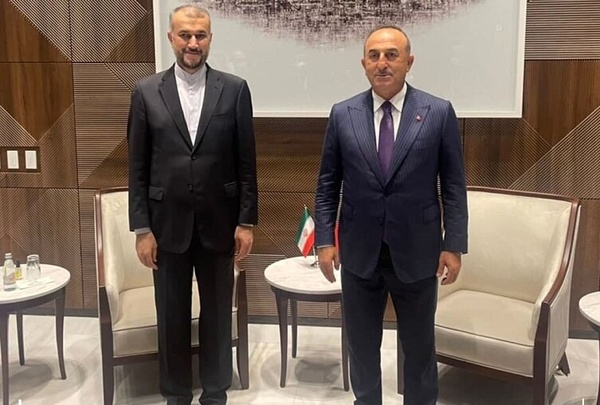 The Turkish foreign minister will arrive in Tehran on Monday on an official visit that is expected to result in the strengthening of ties between Tehran and Ankara.

The Turkish foreign ministry confirmed the visit taking place on Monday. “H.E. Mevlut Cavusoglu, Minister of Foreign Affairs of the Republic of Turkey will pay an official visit to Iran on 15 November 2021, upon the invitation of H.E. Hossein Amir-Abdollahian, Minister of Foreign Affairs of the Islamic Republic of Iran,” it said in a statement on Sunday.

The visit comes at a time when relations between Tehran and Ankara enjoy relative stability after a period of pent-up unease over the situation in the war-torn Karabakh region.

The Turkish foreign ministry also said that during Cavusoglu’s visit a range of bilateral, regional, and international issues would be discussed.

“During the visit, all aspects of our bilateral relations will be discussed and views on regional and international issues will be exchanged,” the statement added.

Perhaps Syria and Karabakh are the most important regional issues that will feature high during the visit along with bilateral issues ranging from trade to border cooperation.

Over the last few weeks, Iranian-Turkish relations were strained over the developments in the newly liberated region of Nagorno-Karabakh. Ever since Azerbaijan retook Nagorno-Karabakh from Armenia in a 44-day war last year, the mountainous region has seen a remarkable increase in military activities involving the Republic of Azerbaijan and Turkey, and in some cases Pakistan.

These activities were coupled with bellicose remarks by Azerbaijani media and officials regarding what the Azerbaijanis call “the Zangezur corridor” connecting mainland Azerbaijan to its exclave of Nakhichevan.

On several occasions, high-level Azerbaijani officials vowed to establish the corridor based on their interpretation of a provision in the Russian brokered ceasefire deal between Yerevan and Baku that put an end to the 44-day war.

Iran, as a country directly affected by the corridor in question, said it will not allow a change in international borders in the south Caucasus region. To this end, Iran staged its biggest military drills in decades along the border with Armenia.

However, Iran sought to defuse tension with Azerbaijan despite hostile remarks from Baku. The Iranian foreign minister spoke with his Azerbaijani counterpart several times and then tensions began to abate.

In the meantime, Turkey appeared the main backer of Azerbaijan. Turkish President Recep Tayyip Erdogan even went so far as to signal that Tehran won’t escalate tensions with Baku because the latter has relations with Israel and Iran is home to a sizable ethnic Azeri Turk population, a position that elicited a scathing response from Iran’s top security official Ali Shamkhani.

But tensions between Iran and Turkey were soon contained and the two countries’ foreign ministers held phone conversation that helped facilitate Cavusoglu’s visit to Iran.

Tehran and Ankara have long managed to contain tensions in their relations despite having differing views on a number of regional issues such as the crisis in Syria. The two countries have developed a kind of modus vivendi that allows them to work together even in times of difficulty. Both countries recognize that escalation of tensions does not serve their interests.

The visit of the Turkish foreign minister to Tehran is another opportunity to further build on the good record of relations between the two countries and raise the bilateral cooperation to a new level.

Iran and Turkey possess great potential in various areas and their cooperation can be mutually beneficial. Tehran has already expressed its readiness to shore up relations with Ankara and Baku and now it’s up to Turkey to reciprocate Iran’s goodwill with positive measures.