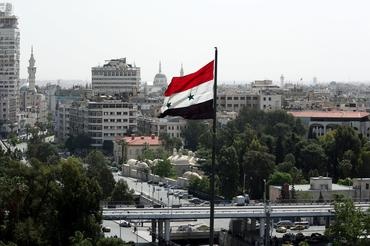 Speaking to ILNA news agency, Ali-Asghar Zebardast told that “The same thing which happened in Iraq will also happen in Syria. Russia will win the economic benefit in Syria.”

He pointed out that Turkey has the upper hand in trade with Iraq.

Zebardasht also implicitly hinted that Iranian government “entities and organs that are present in Syria have also a lot of influence in the country’s economy” and they are engaging in business activities instead of helping Iran’s private sector to expand trade.

"The trade with Syria was dismal and in order to boost Iran’s image as a trading partner, an exhibition has been organized to take place in Damascus in November."

He explained that Syrian businessmen are two groups: Those who do not support Bashar al-Assad and trade mainly with Jordan and other Arab countries, and those who support his government and are more likely to do business with Iran. But Russia is getting the lion’s share of rebuilding projects.

Zebardast also discussed transportation difficulties between Syria and Iran and added that  the shortest direct route is through Iraq, but the Iraqi government “has not yet prepared the land route to Syria,” he said.