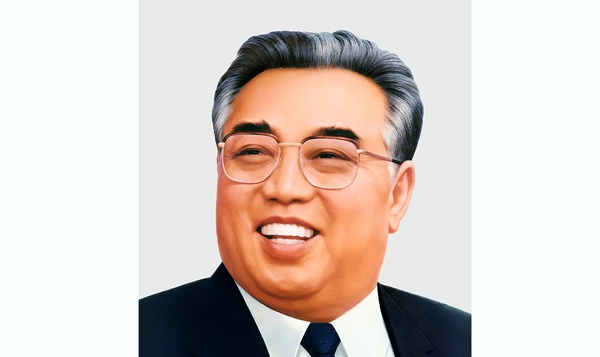 Kim Il Sung, eternal President of the Democratic People’s Republic of Korea set froth the 10-Point Programme of the Great Unity of the Whole Nation for the Reunification of the Country on April 6, 1993.

Kim Il Sung, eternal President of the Democratic People’s Republic of Korea set froth the 10-Point Programme of the Great Unity of the Whole Nation for the Reunification of the Country on April 6, 1993.

To put an end to the nearly half a century of division and confrontation and reunify the country is the unanimous demand and desire of the whole nation. For the independent and peaceful reunification of the country it is necessary to achieve the great unity of the whole nation. All those who are concerned about the destiny of the nation, whether they be in the north, or in the south, or overseas, and whether they be communists or nationalists, rich or poor, atheists or believers, must unite as one nation, transcending all their differences, and together pave the way for national reunification.

Those with strength devoting their strength, those with knowledge giving their knowledge and those with money donating their money, all should make a tangible contribution to the reunification of the country and the development and prosperity of a reunified land, so putting an end to national division and displaying the dignity and honour of the reunited 70 million fellow countrymen to the world.

1. A unified state, independent, peaceful and neutral, should be founded through the great unity of the whole nation.

The north and the south should found a pan-national unified state to represent all parties, all groupings and all the members of the nation from all walks of life, while leaving the existing two systems and two governments intact. The pan-national unified state should be a federal state in which the two regional governments of the north and the south are represented equally, and an independent, peaceful and non-aligned neutral state which does not lean to any great power.

2. Unity should be based on patriotism and the spirit of national independence.

All the members of the nation should link their individual destiny with that of the nation, love their nation passionately and unite with the single desire to defend the independence of the nation. They should display dignity and pride in being members of our nation and reject sycophancy and national nihilism that erode the nation’s consciousness of independence.

3. Unity should be achieved on the principle of promoting coexistence, co-prosperity and common interests and subordinating everything to the cause of national reunification.

The north and the south should recognize and respect the existence of different beliefs, ideas and systems, and achieve joint progress and prosperity, with neither side encroaching on the other. They should promote the interests of the whole nation before regional and class interests and direct every effort to the accomplishment of the cause of national reunification.

4. All political disputes that foment division and confrontation between fellow countrymen should be ended and unity should be achieved.

The north and the south should refrain from seeking or fomenting confrontation, end all political disputes between them and stop abusing and slandering each other. As fellow countrymen they should not be hostile to each other and, through the united efforts of the nation, they should counter foreign aggression and interference.

5. The fear of invasion from both south and north, and the ideas of prevailing over communism and communization should be dispelled, and north and south should believe in each other and unite.

The north and the south should not threaten and invade each other. Neither side should try to force its system on the other or to absorb the other.

6. The north and south should value democracy and join hands on the road to national reunification, without rejecting each other because of differences in ideals and principles.

They should guarantee the freedom of debate on and of activities for reunification and should not suppress, take reprisals against, persecute or punish political opponents. They should not arrest anyone because of their pro-north or pro-south tendencies and should release and reinstate all political prisoners so that they may contribute to the cause of national reunification.

7. The north and south should protect the material and spiritual wealth of individuals and organizations and encourage their use for the promotion of great national unity.

Both before reunification and after it they should recognize state ownership, cooperative ownership and private ownership and protect the capital and property of individuals and organizations, as well as all interests concerned with foreign capital. They should recognize the social reputation and qualifications of individuals in all domains including science, education, literature, the arts, public debate, the press, health care and sports, and continue to guarantee the benefits granted to people who have performed meritorious services.

8. Understanding, trust and unity should be built up across the nation through contact, exchange visits and dialogue.

All the obstacles to contact and exchange visits should be removed and the door should be opened for everyone without discrimination to undertake exchange visits. All the parties, groupings and people of all social standings should be given equal opportunities to conduct dialogue, and bilateral and multilateral dialogue should be developed.

9. The whole nation, north, south and overseas, should strengthen its solidarity for the sake of national reunification.

10. Those who have contributed to the great unity of the nation and to the cause of national reunification should be honoured.

Special favours should be granted to those who have performed exploits for the sake of the great unity of the nation and the reunification of the country, to patriotic martyrs and to their descendants. If those who had turned their back on the nation in the past return to the patriotic road, repentant of their past, they should be dealt with leniently and assessed fairly, according to the contribution they have made to the cause of national reunification. -0-