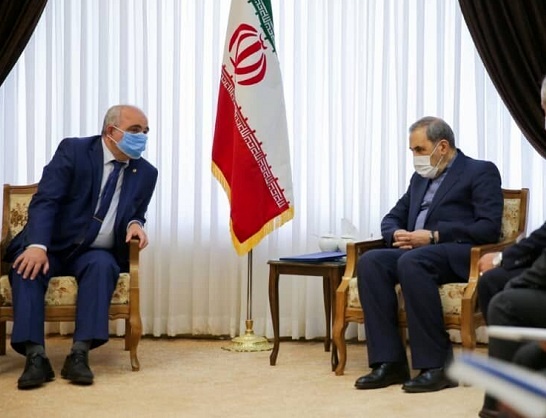 The letter was the response of Russian president to Ayatollah Khamenei’s message that was taken to Moscow by Majlis Speaker Mohammad-Baqer Qalibaf on February 8.

In the meeting with Levan Jagarian, Velayati said that Iran and Russia are important friends and neighbors, adding that the long history of commercial, economic, and cultural relations are main factor for strategic cooperation in different fields.

Velayati said that relations between Iran and Moscow are based on mutual respect, adding that common resolve to ensure regional security and partnership in economic development of the regional states have led to deeper cooperation between the two countries.

He also said that an example of the cooperation was helping resolve the humanitarian crisis in Syria and Armenia-Azerbaijan dispute over Karabakh.

Russian ambassador, Jagarian, said for his part that strengthening mutual ties between Iran and Russia has helped boost cooperation and that Moscow and Tehran have taken effective steps for upgrading their ties.