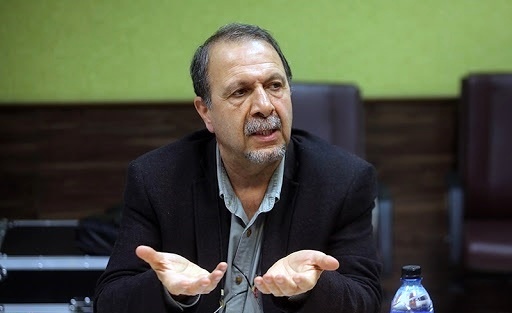 Iran’s former ambassador to China believes Turkey is pursuing another policy to take advantage of the condition that the U.S. sanctions on Iran have created for them and they are after restoring their relations with the Central Asian states independent of Iran.

He added that besides this, the Turkish have another policy to take advantage of opportunities which have been created due to the U.S. sanctions on Iran and they are after having relation with Central Asia independent of Iran.

He further said that Turkey has tried to direct different gas pipelines from Azerbaijan and Kazakhstan toward Turkey to round Iran and it is also investing in a rail network between Baku in Azerbaijan and Port of Almaty in Kazakhstan.

“On the whole, Turkey’s general policy is to adjust their relations with Central Asia and they prefer to connect to China which is the center of production and services in the world.”

Malaek added that such similar behaviors and attitudes from Turkey are nothing new, adding that after Turkey reached an agreement with Russia on the Karabakh issue it defined some MoUs to connect Azerbaijan, Armenia, Nakhichevan and Turkey together.

He reiterated that this idea that Turkey adopts a policy for eliminating Iran from the regional passages is nothing strange.

Malaek also said Iran has a railway that has potential to join Europe but the problem is that Lake Van in Turkey is between Iran and Turkey and for years Turkey does not accept this railway network to round the lake. So when trains reach Lake Van, they have to transfer their cargos to ships in order to be taken to the other side of the lake and again the cargoes are loaded on the trains to continue their journeys, he added. This has created problems for transportation of goods and reduced the speed of delivery, he said.

The former envoy said that the Turks have been pursuing this policy for years and even Afghans decide to reach Europe via the Iranian route, they will face a Turkish dilemma. He said Turkey has created this headache for us and anybody connects to Iran will face the same headache.

On the goals of China for connecting to Turkey, Malaek said that China’s policy is to deprive the U.S. marine connections via land connections and it is why China has been connected to Turkey via railway. He noted in the hypothetical war the U.S. as a major marine power can close all marine routes but China has revived all land routes by the Silk Road to rescue itself from the hypothetical U.S. marine siege.

So China is after different ways to make its products and services to the consumption and production markets of the world, he concluded.