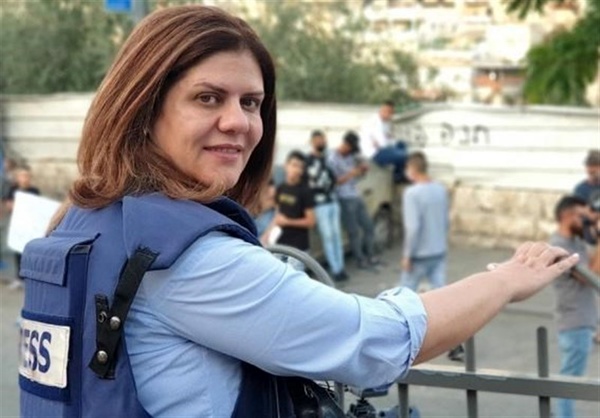 The Qatar-based network said in a statement on Tuesday that its legal team has conducted a full and detailed investigation into the case and has unearthed new evidence based on several eyewitness accounts and video footage that clearly show Abu Akleh and her colleagues were directly fired at in a “deliberate killing” by Israeli forces.

The statement went on to say that the claim by Israeli authorities that the Palestinian journalist was killed by mistake in an exchange of fire is “completely unfounded.”

“The evidence presented to the Office of the Prosecutor (OTP) confirms, without any doubt, that there was no firing in the area where Abu Akleh was, other than Israeli forces shooting directly at her,” it added.

“The evidence shows that this deliberate killing was part of a wider campaign to target and silence Al Jazeera,” the statement said.

The network also said “Al Jazeera reiterates its commitment to achieving justice for Abu Akleh and to exploring all avenues to ensure that the perpetrators are held accountable and brought to justice.”

Rodney Dixon KC, a lawyer for Al Jazeera, called on ICC to identify those who were directly involved Abu Akleh's killing and to bring charges against them.

“We’re making a request for an investigation that leads to charges being brought and those responsible being prosecuted,” Dixon said.

Abu Akleh was shot in the head and killed by the Israeli army forces on May 11 while she was covering their raid in the Jenin refugee camp in the occupied West Bank. At the time of her killing, the 51-year-old journalist was wearing easily-recognizable press attire.

Multiple investigations by independent organizations and media outlets have already concluded that Abu Akleh was deliberately shot by Israeli forces.

Following long denial, the Israeli military finally admitted in September that Abu Akleh might have "accidentally" been killed by Israeli fire directed "towards suspects identified as armed Palestinian gunmen."

Palestinian officials and Abu Akleh's family have said they believe she was killed deliberately by Israeli forces and have rejected Israeli statements that there were Palestinian fighters around where she was standing.

Numerous witnesses and inquires into the incident have also disputed the Israel's claim, saying there were no Palestinian fighters around when the murder took place.

Abu Akleh’s family has already submitted an official complaint to the ICC to demand justice for her cold-blooded murder.