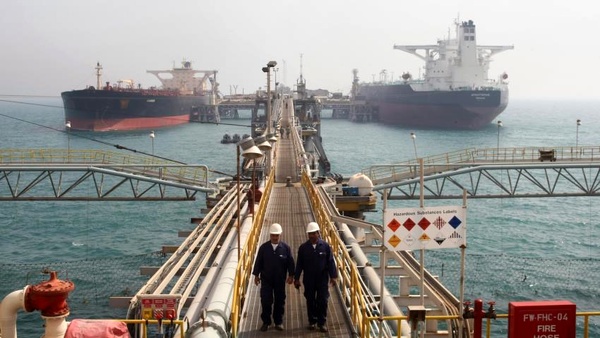 In a televised speech on Monday evening, Seyyed Hassan Nasrallah stated, "The Iranian diesel will enter Lebanon via Syria on Thursday."

"Hezbollah Second fuel ship will arrive in Banyas seaport from in few days," he added. "Hezbollah will import a gasoline ship and a third diesel ship from Iran via Syria."

"Some people were betting on the Israelis to stop the ship from arriving, but the Israelis were troubled: if the ship passed, the Resistance and Syria would gain more popularity, and if they stopped it, they'd have to deal with our response," Nasrallah underscored.

"We had two options: to allow the ships to moor either in Lebanon or in Syria, and we found that it was more suitable to take it to Syria since bringing it to Lebanon would burden the Lebanese authorities," noted Nasrallah.

Pointing to the newly formed Lebanese cabinet, he said, "We are glad the new cabinet of ministers has been formed. We have been working hard for a long time to establish this cabinet and it is now finally here. We owe thanks to ex-PM Hassan Diab who carried the responsibility along with his ministers for the past year."

"The current government’s priorities must be to save the nation from the heart of the downfall, reform, and people’s livelihood. We hope the parliament allows this cabinet to pass easily so we can immediately get to work to solve our people's issues & ease their problems," Hezbollah Secretary-General added.

"We call for the government to be given confidence as soon as possible, because time has become tight, and it must take a series of reform steps. What is required of all of us is solidarity to relieve people and give the government time it needs to accomplish," Nasrallah noted.

"We support preparing for municipal elections which we call for holding in the due time, and we insist on this," Hezbollah SG. said.