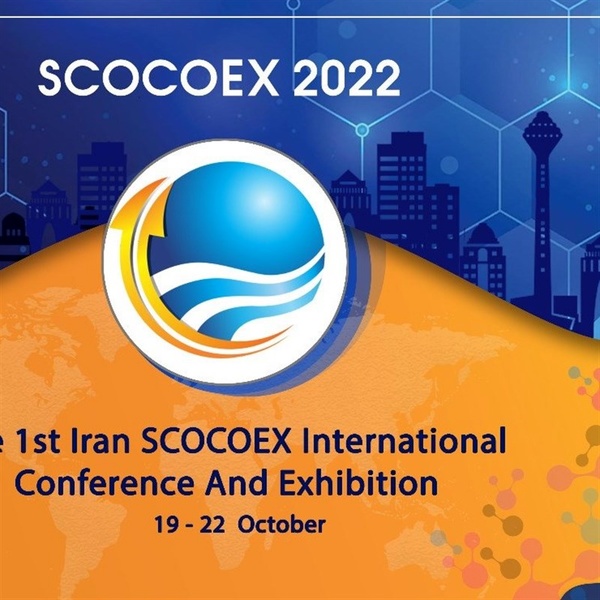 According to Ilna's report from the information headquarters of "Iran's First SCOCOEX Conference and Exhibition"due to importance of this event, we will briefly discuss the significance position of the Shanghai Cooperation Organization and the advantages of Iran's membership:

According to Ilna's report from the information headquarters of "Iran's First SCOCOEX Conference and Exhibition"due to importance of this event, we will briefly discuss the significance position of the Shanghai Cooperation Organization and the advantages of Iran's membership:

On December 17, 2021 and at the end of the 21st meeting held in Dushanbe, the capital of Tajikistan,after about 15 years  the Islamic Republic of Iran officially became a permanent member of this organization with the vote of all members.

This organization was formed in 2001 by the leaders of 5 countries: China, Russia, Kazakhstan, Kyrgyzstan and Tajikistan with the aim of "strengthening mutual trust and disarmament in their long borders" and "strengthening and expanding diplomatic a a well as regional interactions and cooperation". After Uzbekistan became a member, this organization was renamed and became known as the Shanghai Cooperation Organization. The official languages ​​of the organization are Chinese and Russian.

In recent years, in addition to Iran, with the joining of India, Pakistan, Uzbekistan, Afghanistan, Belarus, Mongolia, Azerbaijan, Armenia, Cambodia, Nepal, Turkey and Sri Lanka, in various positions and statues, the range of members and activists of this organization Increased. In addition, the representatives of ASEAN, the Union of Southeast Asian Nations and CIS (Commonwealth of Independent States) also attend in the meetings of this organization as guests. Membership in this organization is divided into 4 general types (permanent membership, observer membership, guest membership and contact group member - or conversation member.

The most important characteristics of this organization and the scope of its activities can be mentioned in these points: the sphere of activity of the member countries of Shanghai covers an area of ​​about 37 million square kilometers of the earth planet and about one third of the land on the earth's surface so, in this area nearly 42% of The world population is inhabited.

The countries that are members of this agreement owns about 25% of the world's gross national product and the total value of exports within the group is more than 400 billion dollars annually, equivalent to 18% of the total world exports versus 16% of the world's total imports.

Due to above expectations some of the most important advantages and various economic, political, security, social and cultural opportunities of Iran's membership in this organization can be explained as follows:

• The importance and necessity of the decisive role of the organization in the future of peace and stability in Afghanistan (due to the common strategic interests of Iran with India, Tajikistan, Russia and China in the Afghanistan crisis)

Strengthening economic diplomacy in the neighborhood and Asian powers

Provision of conditions and fields for Iran to play an important role in the new Eurasian economic geo-action. (Iran as a bridge between East and West as well as North and South Eurasia, especially through the realization of the North-South International Transit Corridor INSTC, which is a fundamental strategic priority for the country)

Expanding the borders of the organization to the Middle East with the membership of Iran; And on the other hand, Iran's important step towards the East (in order to access global markets and deal with harsh western sanctions

Expanding cooperation in a diverse platform of cooperation such as transmission of telecommunication lines, transportation of goods and energy transit

• Creating a procedure for the free exchange of goods and reaching agreements in the field of granting concessions and exemptions related to customs tariffs.

Maintaining and expanding a large and durable consumer market for oil and non-oil exports and meeting technological needs and financial resources for industrial development, according to the capacity of member countries

• Exchange of experiences and educational approaches in military, security and defense fields as well as conclusion of defense agreements in fields such as prevention of actions such as piracy, smuggling, transportation of drugs and other security and military topics.

• Iran's special geographical position in the field of "transit"

It shall be noted that the first conference and exhibition of IranSCOCOEX with the topics of investment capacities, trade exchanges, export and import of raw materials in the fields of oil and energy, petrochemical, knowledge-based products and with the presence of manufacturers from all over the country from 19-22 October  will be held  in Tehran.