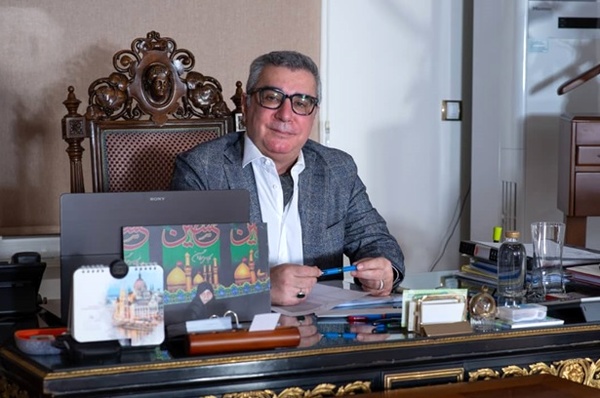 When Russia's war against Ukraine started, many saw it as an opportunity for Iran to gain new export markets. Unfortunately, and contrary to early predictions, this potential opportunity has now become a new threat to Iran's export markets due to Russia's discount policies. Not only have we not found new export destinations, but we are about to lose the markets in which we had a share before.

Kourosh Mahdiun, Steel Industry Tycoon wrote in a note:  Although War, a horrific and sad phenomenon, may destroy many lives, it brings with it opportunities and threats for other countries in terms of economy. The war in West Asia, the scene of many armed conflicts, is a good example of the economic opportunities conflicts may create and these opportunities are taken advantage of by different countries from the four corners of the world. Iran, enjoying security stability in the disputed region of West Asia, has always had great chances to gain an economic share in the market of war-torn countries, but due to various reasons, these opportunities have always been lost.

One of the last opportunities that could create decent openings for Iran's economy was Russia's war against Ukraine. However; these opportunities were lost as a result of Russia's economic policies to maintain its exports during the war and even became a threat to Iran's oil and steel.

Oil and steel are the basic needs of the countries of the world and Iran and Russia are both among the largest global producers and exporters of these two commodities. Consequently, severe sanctions against various Russian industries were a good opportunity to transfer a substantial part of Russia's share of the steel market to Iran. Unfortunately, these opportunities were lost due to the procrastination of high-ranking managers. This means that the very similar situation that had previously happened in the oil industry due to heavy discounts by Russians has now affected Iran’s steel industry and led to stagnation.

Although the use of many economic opportunities of Russia's war against Ukraine has been lost for us, there are still openings for Iran's export market that need to be pursued seriously. In the field of the steel industry, the private sector wanted to use these opportunities from the early days, but the course of events has forced us to offer more discounts to Iranian steel importers to compete with Russia and protect our market share. This is very similar to what has happened in the oil industry. For the time being, it is the steel buyers who take full advantage of the destructive cycle of Russian and Iranian competitive discounts.

All these things are happening while there is still an opportunity for Iran to revive the JCPOA to improve the economic conditions of the country and the export of raw materials and minerals by using the openings that occur as a result.

Nonetheless, the window of economic opportunities for the country will remain open for a limited time and no one waits for us forever, as we have seen many cases of such wasted opportunities.

Now that new political changes in Europe and America created a relatively positive view toward Iran’s role in solving the global supply shortage, we can make optimal use of the opportunity and free the private sector from stagnation before the window of opportunity is closed.

Unfortunately, history repeats itself for us in short periods! The opportunities that we lost in Syria and Iraq and as a result we handed over the market of these two countries to Turkey are being repeated once again in a much bigger format.

Our repeated mishandling of opportunities in a situation where each of them can boost a part of Iran's industry is an example of mismanagement, which will certainly bring severe consequences for the perpetrators and more difficult economic conditions for our beloved homeland, Iran.