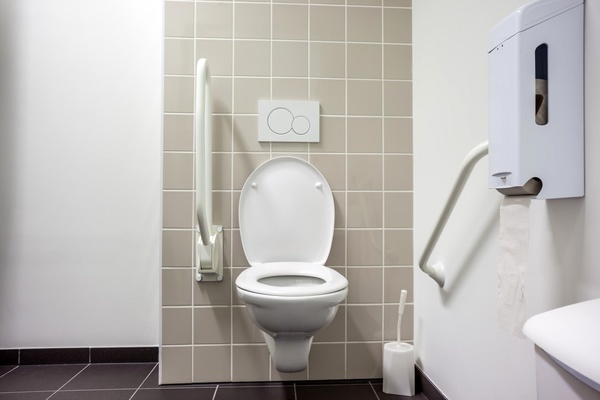 Many people do not know what to do when it comes to toiletries or toilets. While there are very simple and easy ways to relieve congestion that we want to introduce to you in this article. Professional and at the same time simple methods that if you learn them, you will easily remove any clogging of the toilet pipe and you will not need the service of opening the pipe.

What to do with a clogged toilet siphon?

Many people do not know what to do when it comes to toiletries or toilets. While there are very simple and easy ways to relieve congestion that we want to introduce to you in this article. Professional and at the same time simple methods that if you learn them, you will easily remove any clogging of the toilet pipe and you will not need the service of opening the pipe.

What is an ostrich or siphon and what does it do?

You probably know that in all the sewer pipes leading to the well, a 45 or 90-degree elbow is used to which an ostrich or siphon is taken. The job of the siphon is to prevent the penetration of gas and the smell of sewage into the building. When water enters the siphon, part of it remains inside the siphon, preventing odors from penetrating the building through the sewer pipe. However, the presence of this curved pipe in the sewage network of buildings increases the possibility of clogging the pipe. Due to this curvature, waste entering the pipe is trapped in this curvature and the accumulation of this waste increases the clogging of the pipe.

What else does the siphon do?

Of course, this is not all a siphon, and the presence of this curved pipe prevents banana insects such as beetles or sewage mice from entering the building. Therefore, the presence of a siphon is very necessary. But you have to think about the blockage inside the pipe. When a blockage occurs inside the siphon, a method must be used to remove the blockage. There are several ways to remove clogged siphons, but the subject of this article is to remove clogged siphons.

The toilet, like other sewer pipes, has a siphon. This is why it is often observed that the toilet sewer pipe is clogged. When the toilet water rises and the toilet bowl is full of water, the person realizes that the toilet pipe has been taken and it is necessary to think about it. Various attempts to clear the blockage do not work and the person is forced to contact the pipe opener company to get a specialized service to remove the blockage. While it is not necessary to do so and this blockage is easily solvable.

How does a siphon clog a toilet?

In most cases, toilet flushing is caused by clogging of the siphon. The siphon is prone to clogging due to its strong curvature inside. The ingress of the smallest debris and materials other than water into the pipe can cause clogging in the siphon. If these substances are hair, soap, seed skin, tea pulp, fruit skin, food residues, etc., the probability of clogging increases many times.

How to open the siphon and drain it?

Open the toilet siphon and clean it from clogging

The siphon must be opened after removing it. The toilet siphon has a plastic screw that opens the siphon bowl in two. The principle of clogging the pipe is created between these two parts. Then loosen the screw to open the two parts of the siphon. After opening the siphons, you will definitely see dirt and sediment inside. These sediments prevent water from passing through the siphon and into the sewer pipe. In this case, it can be seen that water has come out of the siphon bowl.

How to clean a toilet siphon?

Thoroughly clean the deposits and debris in the siphon and, after cleaning the siphon, connect it as before. Tighten the siphon screw and make sure that the washer is properly located in the relevant part. Because if the gasket is not placed in the right place, it will cause water to leak out of the siphon. After doing this, put the siphon in place and unscrew it from inside the toilet bowl. Finally, insert the siphon outlet pipe into the sewer pipe and test the result.

By opening the faucet, you will notice that there is no problem in the toilet anymore and the water passes well through its siphon. You simply solved your problem at home. Contact open pipe companies at no extra cost

If you notice that the problem is not resolved and the water still remains in the toilet, the problem may be from somewhere else. So in such a situation, it is better to get help from experts in this field. NUTech Plumbing provides 24-hour services to all Toronto citizens in all areas of technical services, including opening and closing pipes. In case of problems of plumbing in Toronto, contact them so that their service staff can be present at the place and solve your problem.