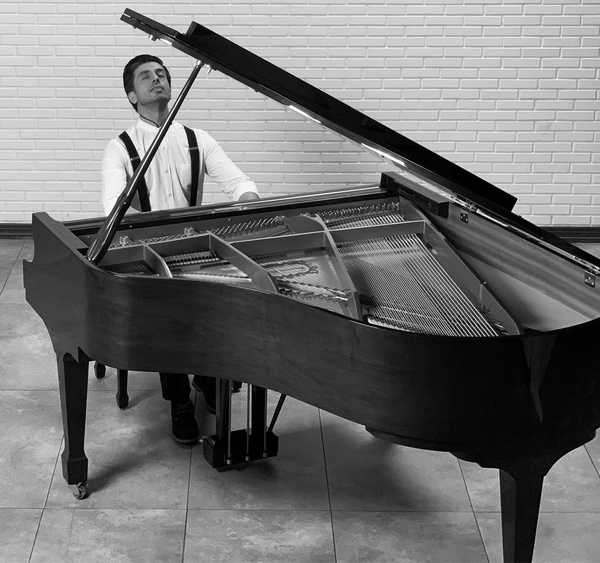 Ali Zarkaf better known professionally as Kelavie is about to release his second instrumental Album in mid-October.

Ali Zarkaf better known professionally as Kelavie is about to release his second instrumental Album in mid-October. Despite current course of the music market he prefers to compose his new album in Instrumental genre. He believes in his songs, instruments are singing the poets in their own ways and he thinks it’s time for people to enjoy the sound of pure instrument instead of voice of singers.

This sounds odd but his idea is different with others musician in the market.

“I don’t want to follow main course of the market to earn money. I like music for the music.” He says.

His second Album named “From Tehran with Love” consists of 7 tracks. Main genre of the album is classical-pop but there could sound a lot of other aspects of other genres as well.

He played all the instruments such as Piano and the Harpejji a new instrument in this Album as solo too. This album is absolutely different comparing his previous activities.

He started learning piano when he was 8 years old. And he kept learning music for more than 2 decades. Within these years he had several teachers such as Mahmood Jafafi, Majid Alizadeh, Haleh Arami, and finally Hamzeh Yeganeh for Jazz music.

He also has started composing and produsing music since he was 15 years old.

In 2001 he performed the song Utopia in Tehran Moallem hall, written by himself with poem of well-known poet Sohrab Sepehri.

Finally, He has produced his debut album in 2008 during his conscription. And released in 2010 “The last Friday without You” which is instrumental songs mostly in New Age genre.  He also released single track called “Liked the moon” which is written, All instruments and vocal also performed by himself.