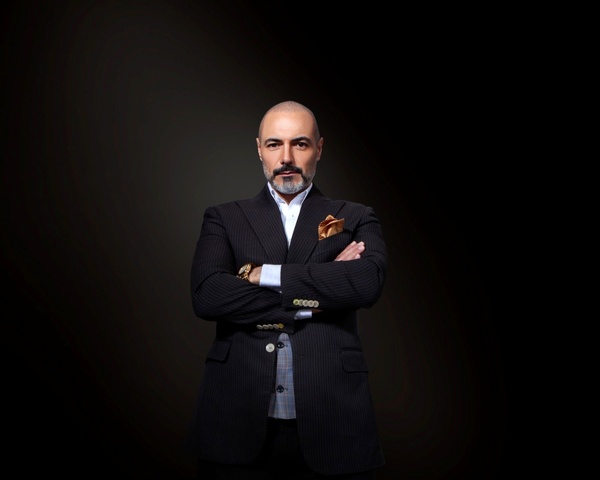 Siavash Sufinejad was born in 1977 in Tehran. Having graduated from the National Talent Development Organization (SAMPAD), he entered the Faculty of Civil Engineering of Tehran Azad University in 1996, and then in 2001, continued his education in the Faculty of Art and Architecture of Azad University of Tehran, majoring in Architecture and He ended his education with a Doctorate in Philosophy. His academic career started in 2006 when he established the Department of Interior Design and Architecture at a private College. He has attended various Television and radio programs as an architecture and interior design expert. Translating articles, compiling books in the field of decoration, and publishing them in interior design magazines, are of his other activities.

Siavash Sufinejad, is an architect and sculptor which mainly works with mirrors on fiber, or wood conceptualizing Islamic calligraphy.

He has also been working as a designer of decorative objects, furniture, carpet, and lighting objects, combining traditional Islamic and modern art since 2009. He has won four gold, silver, and bronze medals at the European Product Design Award in 2020-2019, following that, in 2021, three awards at the IDA Design Competition. His artwork, “Taliq” recently has been shown in "Domus Design - Tehran 2022" exhibition at the embassy of Italy, with presence of Mr. Walter Mariotti, Editorial Director of Domus magazine. This artwork along with some of his other works of art has been published in the last issue of Domus magazine, Eyes on Iran.

The main point for him is the passion for the original design which creates a new line every time, makes each of his projects look varied.  He finds his style as “flexibility and variety in design” at the cost of risking or even challenging new ways.

Due to the fact that he’d like to advance the design category, and also his belief in collective wisdom, he puts a lot of energy into teamwork.

Over the last 15 years, he has spent his time teaching, writing, translating, and producing cultural content and he guesses that’s why he has such a feeling of appreciation and admiration for the concept of design.

He has neither been satisfied with a particular style in design in general nor spent his time designing a specific type of object; he'd rather choose a particular path according to the design space.

Being able to create with a variety of materials such as fiber, wood, metal in line with modern technology like 3D printing, he can design and produce all interior objects including furniture, chandeliers, carpets, wallpaper, pianos, billiard tables, etc., not needing ready-made ones, which allow him to have no design restrictions.

He believes: “As Iranians, we have inherited a treasure trove of patterns, designs, and shapes with ancient history that can inspire us in contemporary design. There are not only the patterns on our carpets but also a variety of geometries in traditional architecture such as the Mogharnas on the ceilings of mosques and palaces, flowers and inscriptions on tiles, colors, and motifs from our ancestors in addition to handicrafts Such as inlay work, enamel work, mosaic work, mirror work, and engraving that create an opportunity to be updated and marketed internationally.”