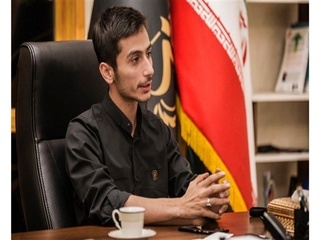 Cryptocurrency is a kind of digital currency in which cash production and verifying the authenticity of its financial transactions are controlled by a series of encoded algorithms. Usually they work based on decentralized networks (without dependence on a central authority).

In this monetary system, the transfer of funds is made directly between the two parties with high security. Cryptocurrencies work through a typical technology known as “blockchain” that restores trust in a distrustful medium.

Secured by cryptography, it is extremely difficult, if not impossible, for the transactions to be tracked. Given so, however, the security of transactions is not a hundred percent guaranteed.

The mining methods and strategies for transaction of digital currencies have continued attracting new investors. It is interesting to know that the price of Bitcoin, one of the most popular cryptocurrencies, soared to over $19000 per unit in Dec. 2017.

Today, the use of digital cashes for various purposes such as investment, international financial transactions, and business promotion is on the rise, consequently raising concerns on the security of cryptocurrencies. With the rising use of digital currencies and due to user negligence, one witnesses now and then the loss of digital assets that are not recoverable at all.

Take a closer look at these facts and figures: Just in the first two months of 2018, around 1.36 billion dollars in cryptocurrency was stolen by digital charlatans! In Jan. 2019, only in one case, hackers broke into Coincheck, a cryptocurrency incorporation, and made off with $500m in digital tokens.

OverClock is a team of Iranian professionals with an intention of and skills in securing cryptocurrency transactions. Behzad Qasemi, an expert in network security and a specialist in cyberspace criminology and development of open-source and security software, is the founder and CEO of the firm which was established in 2010.

He says: “It was three years ago that with the growing use of cryptocurrencies and digital payments, OverClock Software Development Team embarked on developing Cybon software package. The product is currently under various security tests and checks at the OverClock software security lab before unveiling in September 2021 for use in mobile Android and IOS platforms as well as MAC, Linux and Windows PC operating systems.”

Qasemi declined further elaboration on the technical features of the product to prevent identification of its security algorithms.

Any technology serves as a double-edged sword and it can be best used only through gaining sufficient knowledge and gathering information. Apart from their endless advantages, blockchains and cryptocurrencies may have some disadvantages and pitfalls. In Iran, there is a need for promoting public awareness before putting cryptocurrencies in use.

At present, cryptocurrency mining and cryptography-based transactions are gaining momentum. Perhaps investment on these digital currencies has its own attractions, but hackers and charlatans must not be taken for granted.

For more on Cybon software package and its trial version visit OverClock website at overclock.ir.