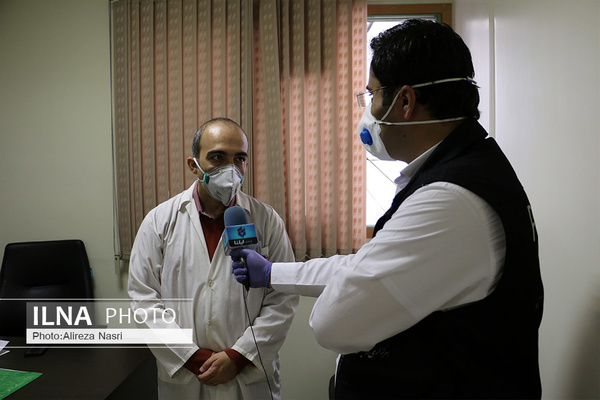 Payam Tabresi, educational assistant of Masih Daneshvari Hospital said that sanctions will definitely affect the condition of patients with Coronavirus. He went on to point out some news that the Japanese government is sending anti-flu drugs (Avigan) free of charge to the countries involved. "Corona will never have an effective drug because the disease has different stages and different drugs affect different stages, and considering that this disease is new and its stages have not been categorized yet, it is not clear at what stage it will affect which drug", he said.

There is no definitive cure for the virus. Favipiravir is one of the drugs that has had a relatively positive effect on some patients so far. This drug has not had a bad effect and Japan's move could be an effective step in treating the virus", he added.

"The use of masks is not very effective because some medical staff who wear special clothes are also infected with this virus and the best way to prevent this disease is to stay at home because the house is a safe place for people", this infectious disease specialist asserted.

"Currently, hospital beds are almost occupied, and according to the announced statistics, 85% of ICU beds in Tehran were occupied at a time when the disease was stabilizing. Now, with the help of the armed forces, beds have been provided as a place for patients to be transferred during the peak of the virus", he added.

The university professor also said that Tehran province cannot have a small decrease in the number of patients, which has reasons such as spatial extent, multiple inputs and outputs and population, which makes it impossible to reduce the virus easily. "So people's help in this regard is very effective", he argued.

"Sanctions definitely affect the condition of patients. The situation of the country's equipment and health facilities is such that if the medicine and medical equipment are not imported enough from now on and the peak of the disease reaches its maximum, the country will definitely face a crisis", Tabresi asserted.

"If the people continue their normal routine and the government lifts the quarantine, we will see a second peak in the next two or three weeks, and unfortunately we will face an increase in death rate", he concluded.