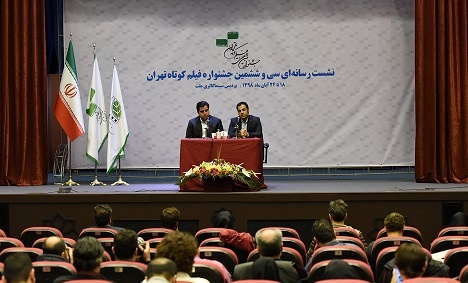 Mousavi made the remarks in a presser attended by Arash Abbasi the Information manager and the consultant of the festival's director in Tehran.

"Undoubtedly, this festival is the most important festival in West Asia and indeed is considered as our national heritage," he added.

He added this festival is thirty-six years old, while 80% of the world's festivals are less than 10 years old.

He underlined that the number of submitted films to the secretariat of the festival in recent years confirms my claims, adding that the attendance of the international guests, as well as the cash prizes available at the festival, signify the importance of this international prestigious cinematic event.

Mousavi noted that several seminars and workshops are slated to be held attended by foreign guests.

In the competition section, a total of 110 countries submitted their works, out of which 50 films from 25 countries will attend the event.

"Some 1648 works were sent to the secretariat in the national section and less than 10%, 140 works, went to the festival. In the fictional section 67 out of 1021 films were selected," Mousavi added.

"As you know, we, for the first time, sell ticket in this year edition of the festival. Of course, there is a reasonable price for it and contains some discounts," he added.

He added the Cinema Ticket website has been designed to meet that end.

Mousavi said several research and scientific meetings will be held on the sideline of the festival in five days.

He added that during the thirty-third edition of the festival, the first short film seminar was held, which was warmly welcomed by many applicants.

"This year, the second seminar will be held after two years of delay and these days are the deadline for submitting paper," he said.

Abbasi, for his part, said:" It is the fifth year that we are collaborating with the Book House. The collaboration has foreseen numerous programs, including a short story adaptation contest, the release of several new books, and the competitive section on Books and Cinema."