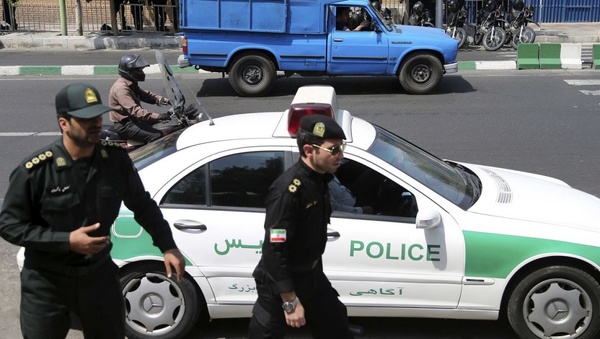 According to media reports, unidentified gunmen shot and injured the three policemen early in the morning on Saturday on Taleqani Street in downtown Tehran.

The assailants were arrested, the reports added, without giving further details.

Separately, armed bandits fatally shot a police officer in an attack on his personal car in Iran’s southeastern province of Sistan and Baluchestan, which borders Pakistan.

Sistan and Baluchestan’s police chief Ahmad Taheri said Saturday that the assailants, armed with Kalashnikovs, opened fire on the vehicle as the victim, identified as Abbas Rahanjam, and his family were on their way to city of Iranshahr.

The police officer lost his life on the spot and his wife was injured in the attack, he said.

The attackers then escaped the scene.

An investigation has been launched to identify and arrest the perpetrators, according to the official.

Over the past years, Iran’s southeastern regions have on many occasions been the scene of bloody clashes between security forces and armed bandits or drug smugglers, who regularly enter the Iranian soil via the Pakistani border.