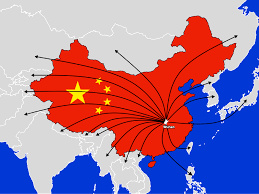 On the other hand, due to U.S sanctions, many shipping lines cannot send their ships directly to Iranian ports and discharge its cargo on neighboring ports.

According to statistics, the imports of essential commodities such as wheat, barley, corn, sugar and soybeans, and rice are continuing without interruption. But all the goods are imported into our country after being tested and put in quarantine.

With the closure of land borders such as Astara and Bazargan, many trucks have been stuck behind the border, and Kuwait, Oman the UAE have so far banned Iranian cargo and passenger ship.

By Feb 24, most of its neighbors closed land borders, thus impacting the trade flows. This included Iraq, Afghanistan, and Turkey: Iran’s second, fourth and fifth largest export destinations respectively, accounting for $11.3 billion of goods sold in the 10 months leading up to January of 2020.

UAE and Iran trade some $15 billion of goods annually and the UAE is a major destination for rerouting Iranian products, which are often covered by international sanctions.

And also Iran’s crude-oil sales have been battered by a sudden downturn in demand from its last big trading partner, China, following the coronavirus outbreak. In addition to declining oil sales, turmoil in China also is disrupting the supply of spare parts and cheap goods Tehran needs for its factories and bazaars.

According to the latest data on Sunday, the death toll from the coronavirus outbreak, officially known as COVID-19, in Iran rose to 43 with 593 confirmed cases.

As the coronavirus spreads beyond China and has already claimed more than 2,700 lives and infected in excess of 78,000 people, worries are increasing about whether the outbreak has become a pandemic and how it can be prevented and treated.