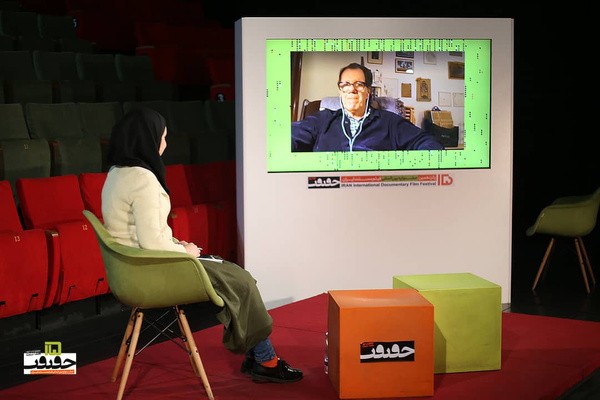 An acclaimed producer and media director Peter Hamilton believes that online platforms will shape the future of world cinema.

An acclaimed producer and media director Peter Hamilton believes that online platforms will shape the future of world cinema.

Hamilton made the remarks in his master class on the sideline of the 15th edition of the Iran International Documentary Film Festival also known as “Cinema Verite" currently underway in Tehran.

"TV networks first created a lot of documentaries, but today in the online age, networks just need to buy those works," said Hamilton.

“Wildlife is one of the most popular documentaries, with production costs ranging from at least $ 500,000 to millions of dollars,” he added.

He added that there are also some serial documentaries that often narrate the life of a character.

“Since the online distribution of documentaries began, we have been on the side of new types of documentaries that are about the lives of famous people and express how they lived and are also considered in various social networks and today the most attention and requests for this type have been documented.  The criminal-real documentaries are also in the next ranks of interest,” he added.

"It's important to pay attention to the fact that you put the main character at the center of the story, because online and entertainment networks are not very interested in research-based documentaries," Hamilton said.

“You need to know that your story has to take risks.  Like the feeling of loss or death and danger and any element that can dramatize the effect.  Having special access to the documentary is an important issue.  Your documentary should not be in such a way that three or four other people look at it from the same angle,” he said.

"You have to be aware that the commercial aspect of the documentary is also very important," he said.  “There is a big difference between buying your work and co-producing it.  Sometimes the client provides the entire film production budget and pays you for the work, but if the production project is joint venture, the method will be different, and of course these rules will vary depending on the networks of the client,” he said.

"If you can contract with good agencies, which is great, but it's also important to pay attention to the distributor, and you have to find the right distributors who are connected to the networks on the sites and resources to document this," Hamilton said.

“Enter the market to compete with other works.  For example, if you can find a distributor that is connected to the Netflix network, you can better present your work,” he added.

"The best goal to win in the global community is to submit your documentaries to Netflix, but many documentarians prefer to work with smaller networks," Hamilton said.

“For this purpose, there is a stream of various networks, and many networks are in search of good documentary works.  But finding these networks can be very difficult if you are isolated in a remote market.  Therefore, by searching, you should look for the platforms that exist to present your works.”

Hamilton leads Peter Hamilton Consultants, Inc., based in New York since 1987 and providing business development services for the unscripted / documentary video industry. His clients have included NBC, CBS, National Geographic Channels, Global Canal+ and BBC. He specializes in production processes, online distribution, as well as mobile books and online publishing efforts. He recently executive produced SEASON OF THE OSPREY for PBS Nature, Love Nature and ARTE. Peter Hamilton has written several books for industry professionals and students, including “The Classic Off-Hollywood: The Making And Marketing Of Independent Films”.

Due to the COVID-19 pandemic, the major Iranian international festivals for documentary films is being held with a limited number of guests and audience at Tehran’s Charsu Cineplex