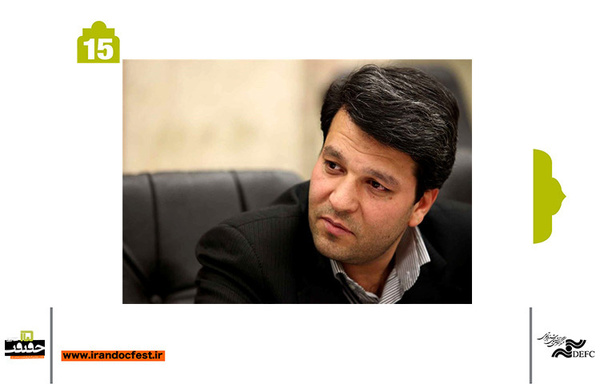 Director of Cinema Organization of Iran (COI) Mohammad Khazaei, in a message to the 15th edition of the Iran International Documentary Film Festival “Cinema Verite" said this cinematic event is inquiring and seeking justice.

Director of Cinema Organization of Iran (COI) Mohammad Khazaei, in a message to the 15th edition of the Iran International Documentary Film Festival “Cinema Verite" said this cinematic event is inquiring and seeking justice.

Khazaei’s message is as follows:

“We live in an age where cinema and image have the greatest impact on the re-creation of human meaning and understanding of events.”

“The owners of the film industry in the world are always trying to create a new world with the magic of images, and in the meantime, documentary cinema has countless enthusiasts.  This cinema, in which the essence of benevolence and culture of Iranian cinema is manifested, in the current time, more than ever, has the great mission of dusting off the great truth of our time - which is the human endeavor and the pursuit of happiness.”

The "second step of the Revolution" and the beginning of a new chapter in the just movement of the honorable nation of Iran, will certainly be possible with the help of documentary cinema and its pure essence in the domestic and international arenas and against the media war of the domination system.  This cinema is the cinema of "exploration" and "search".  It has a look beyond reality and the essence of "truth" and must be free from lies than any other medium.

“The revolutionary and bold connection of this cinema is with the truth and with the spirit of society. Undoubtedly, then, it is questioning and challenging, and it makes sense with justice, freedom, national dignity, and moral dignity.”

“The Cinema Verite is the cinema of morality, hope, thought, and justice, and this horizon must be seen in the policies of the "second step of cinema" in the fifth decade of the revolution. Deceptive images sometimes take this cinema away from its true mission.  "Cinema Verite" is not the cinema of circling the filth and drowning in filth and ugliness, which is a beautiful, enlightening and hopeful cinema.  More than any cinema, it has the ability to benefit from culture, literature, history, national myths and heroes, etc., and in addition to all its responsibilities, it has a strategic mission in the field of public diplomacy.  The connection of this cinema with the text of deep-rooted cultures, rich folklore, manifestations and aesthetics of Iranian ethnic groups and unique manifestations of Islamic culture, can be in the service of national interests, public culture and cultural diplomacy.

Therefore, in the creative process of this cinema, we need to rely on our national, moral, cultural and literary texts and content and our myths, and think about making a beautiful Iran.  The " Cinema Verite" festival is a showcase of one year's creations, approaches and achievements, and a place for benchmarking, pathology and capacity, as well as a vehicle for transferring the knowledge and experience of world cinematographers and a platform for reaching modern standards.

The 15th “Cinema Verite" is a blazing flame for the brightness, growth and color of this cinema.  Hope this flame is not extinguished.”